My life as a FMX entertainer :-)

Where do I even begin on this motorcycle roller coaster I call my life?
When I was 8 years old, my grandfather brought home a really old Yamaha pw80 out of the dump where he worked. Someone had just threw it away. My mom hated the idea of it. My dad said, “let’s get it running”. So guess who won that argument 😉 I rode the wheels off that bike on the 12 acre property that our house sat on. That same year, as always we went to our local county fair and conveniently they were racing dirtbikes the night we went. As we were watching I told my mom, “I’m gonna do that next year.” She laughed and just kind of shrugged it off.

Later that year, the dumpster bike I was riding was getting worn out. My dad decided it was a good idea to just go ahead and buy me a race bike. A brand new Ktm 50. Once we got that bike, of course the idea of racing came about. So we finally talked my mom letting me enter a race. We showed up to a local track called Daniel Boone motocross, lined me up, and I ended up winning my very first time racing. We all became addicted after that.

Needless to say, for the next 8 years, I was racing every single weekend. Winning series championships, and on the podium every race. I actually got out of high school my sophomore year and started homeschool so I had more time to train. Around the time I turned pro, things started going downhill. Things that were just out of my control at the time, considering I was only 17. I had been getting free bikes through our local Kawasaki shop. Due to a few bad situations with my dad and the bike shop, I lost all bikes and all support in one day. I came home and my bikes were just gone.

We were all in a tough situation at the time and couldn’t afford a new bike. So my racing career kind of just abruptly ended. I wasn’t sure what to do with myself once that happened. Being on a bike was all I knew. But it was the time in my life where I needed to start working for a living. Which is a tough time in any riders life when you’ve grown up racing. For about 4 years I worked a lot of random jobs that I hated. Never could find anything that actually made me happy. I partied a lot in those 4 years. So much that I got to the point of asking myself, “what the hell am I doing with my life?” The answer I always subconsciously got was, “why aren’t you on a bike?”

Riding was always on my mind. I finally got tired of feeling like I was wasting my life, and I actually sold my car to buy a bike. Wasn’t my smartest move, considering I didn’t have anything to drive, but hey I finally had a bike. I made it work. I bummed rides from friends with trucks until I built enough credit to get a loan for a vehicle. Now that I had a bike, I started catching up with old riding friends and even a few new ones. Conveniently one of the new friends had a freestyle ramp. I was all over that because I always loved jumping. I would always throw tricks over the finish line when I’d win a race. Over the years I learned a few tricks whenever I got the opportunity to jump ramps. I loved it.

Meanwhile, once my life settled down a little for the better, I was working a sales rep job for motorcycle parts. Basically I would sit at the counter all day selling dirt bike parts. I worked all week, and rode on the weekends. I raced on and off for a while, paying for it all by myself. Once again, I came to a crossroad with myself. “Why am I spending all this money just to ride on the weekends?” “Am I really one of those 9-5 weekend warriors that never makes anything of riding?” I got a real problem when it comes to bettering myself. I always want more from myself. I ended up with the idea of freestyle motocross because there’s always a challenge. I’d see a trick at Xgames, and I’d beat myself up about not being able to do that. So I ended up making another dumb decision that luckily paid off. I went to a finance office, borrowed $2500, and rented a dozer to build a landing for the freestyle ramp I had acquired a couple years prior.

I spent all weekend on the dozer, night and day. Spent so much time on it that I overslept Monday morning and was crazy late for work. I got fired for it. So there I was, a bunch of bills, on top of a brand new monthly bill for renting that dozer, and just lost my only income. Yep, I was screwed. Might as well just go ride. That same week, I got a message on Facebook from a guy named Clint Esposito, a veteran freestyle rider on the east coast. He had seen my pictures of the tricks I had taught myself and asked if I wanted to fill in at a show in New Jersey. Of course my eager self agreed to do the show. Getting paid to ride my dirt bike? Uh yeah I’m all over that. That’s a dream. Drove up to New Jersey and knocked the show out, got paid, and most importantly, met some new contacts for shows.

So 2 and a half years later, present day, I haven’t had an actual job since getting fired from my sales rep job. I’ve literally paid my bills comfortably just by riding my dirt bike. It’s one of the best feelings in the world to do something you love and survive off of it at the same time. But you can’t have dreams without the nightmares. It isn’t as glamorous as it looks from the outside. Everyone just sees me having a good time riding on social media, but what nobody sees is the 26 hr drives across the country alone, waking up in a bunk bed I built in my van to every bone in my body popping and aching, maintaining my bike and trusting myself enough to work on a machine that holds my life and well being in its hands, etc, on top of the constant worry of, “is this jump gonna be the one I crash?” Nobody sees the amount of work that goes into riding shows for a living. I constantly have to stay on my game, or I’m easily replaceable.

I’m just now to a point in my career where I’m feeling more comfortable with what I’m doing. I don’t worry as much on the first jump of the day. I used to wear myself down so bad mentally that I wouldn’t even want to ride. But I still had to because it’s my income. I sometimes have shows that last 12 days or longer at 3 shows a day. It takes such a toll on your body after so many days in a row. You just have to push through the pain.

I’m living a dream, but you can’t be afraid of the work it requires to live whatever dream you may have. I honestly wouldn’t trade it for anything else. I’ll take all the negatives as long as I’m doing what I love and it will take death to stop me. I never really had a specific dream as a child. It was very general and I remember dreaming it. I was 12 years old, sitting on my bike on practice day at some track in Tennessee, dripping sweat and chugging Gatorade and thought to myself, “I want to be on a dirt bike every single day of my life.”

And I’m still chasing just that. Ain’t no rest for the WICKED 😉 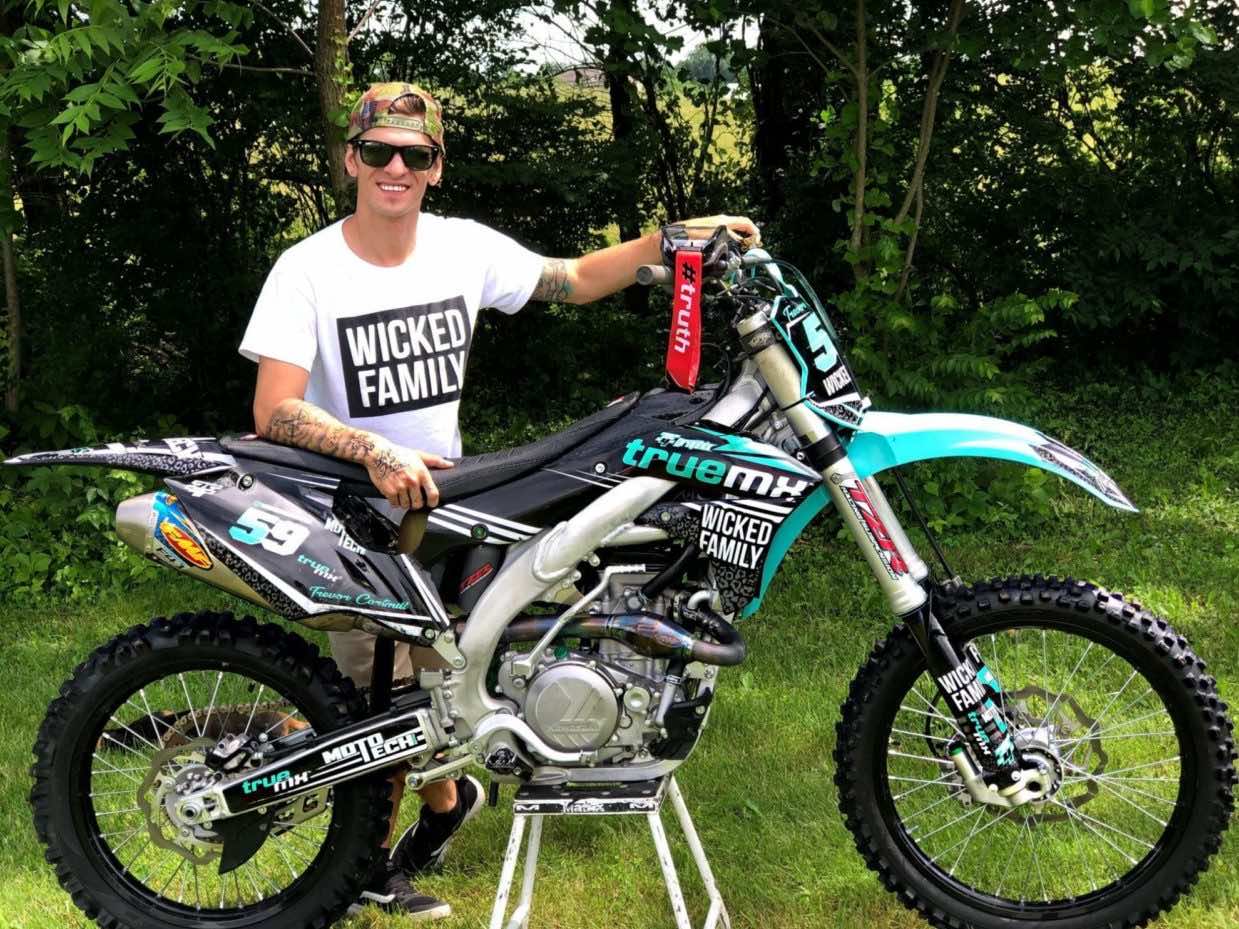 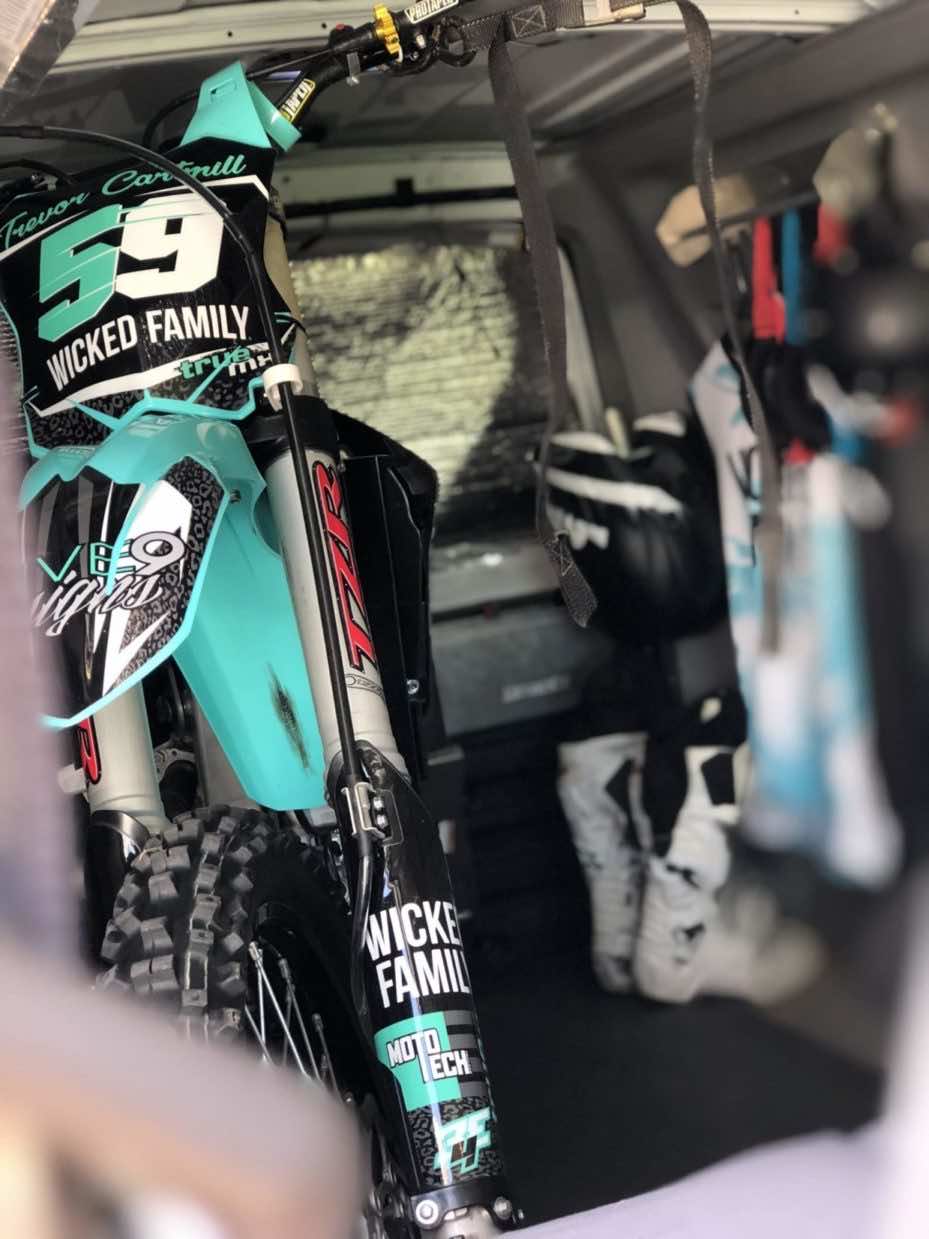 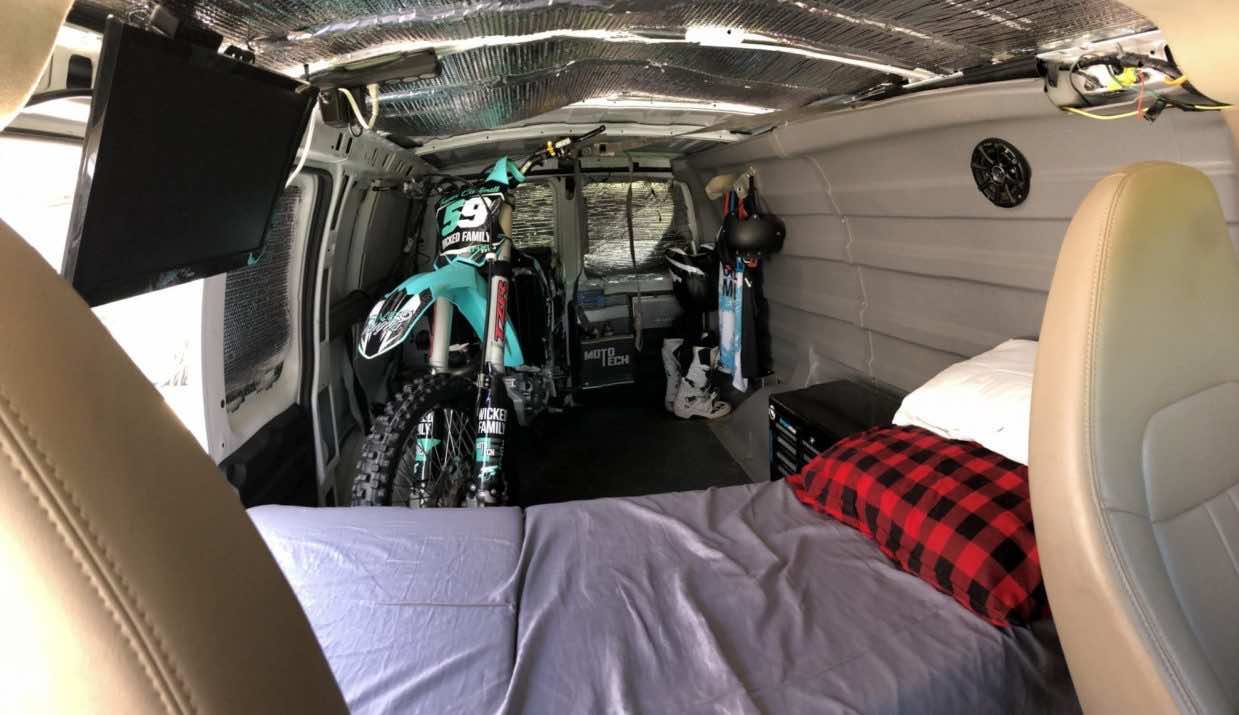 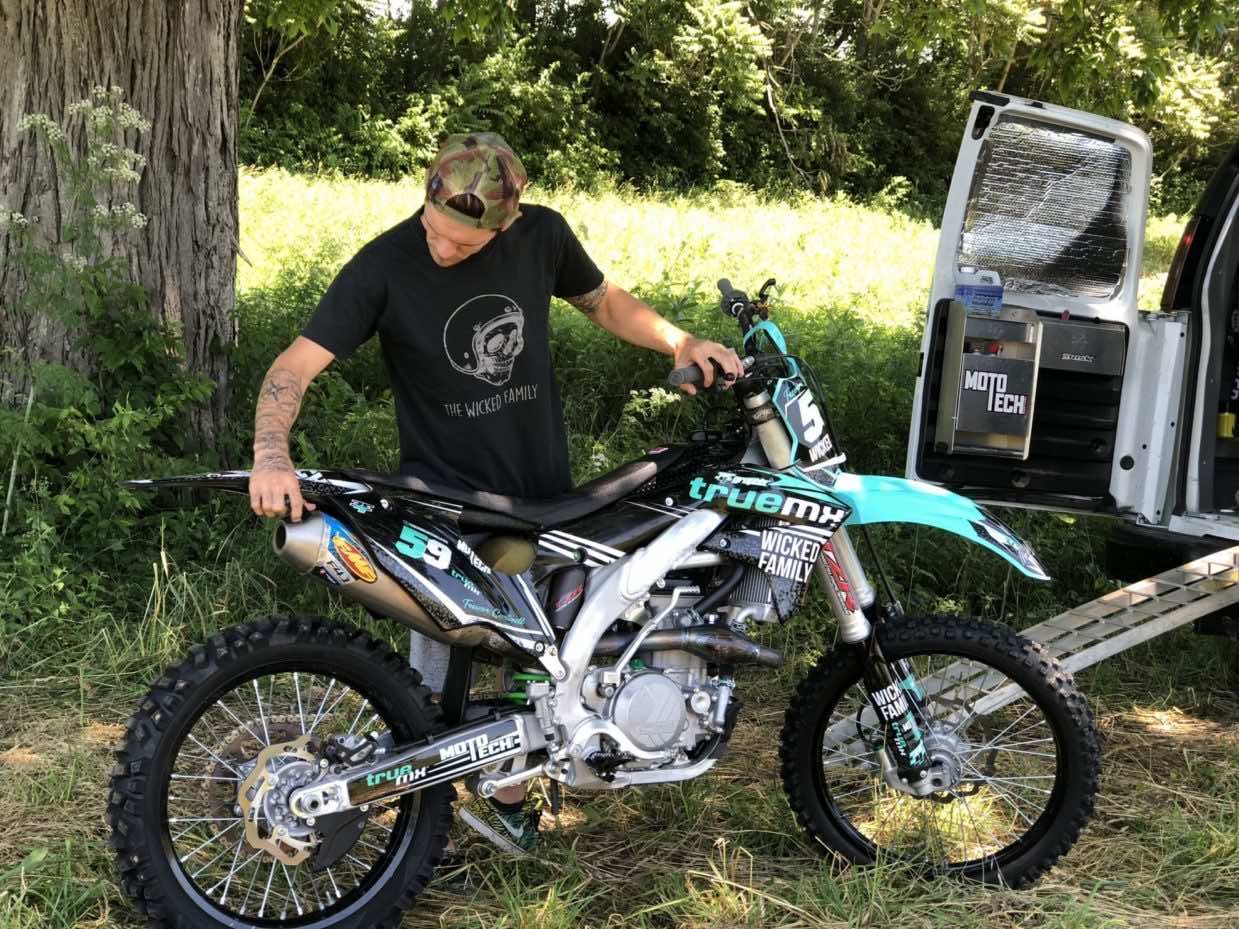 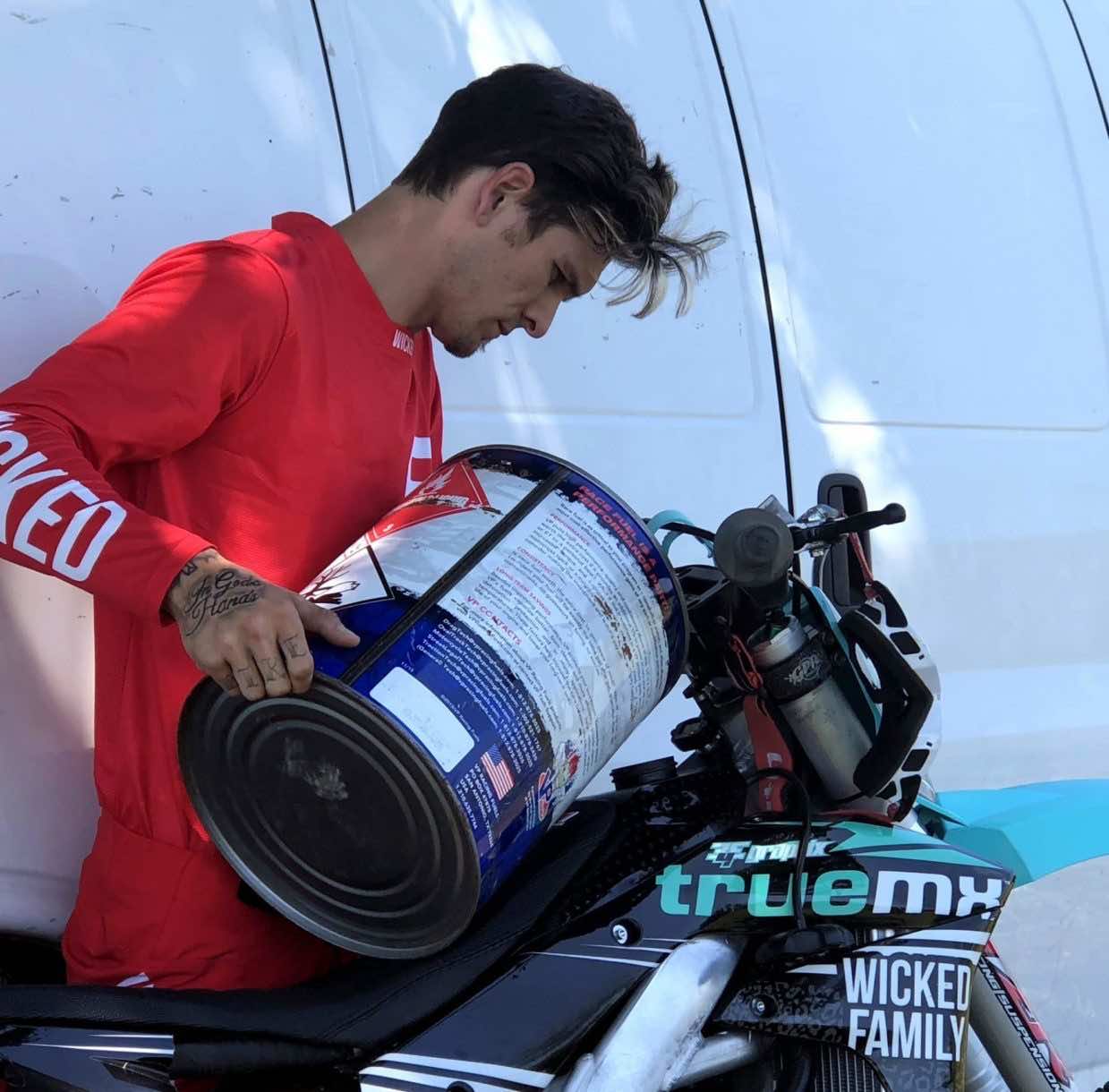 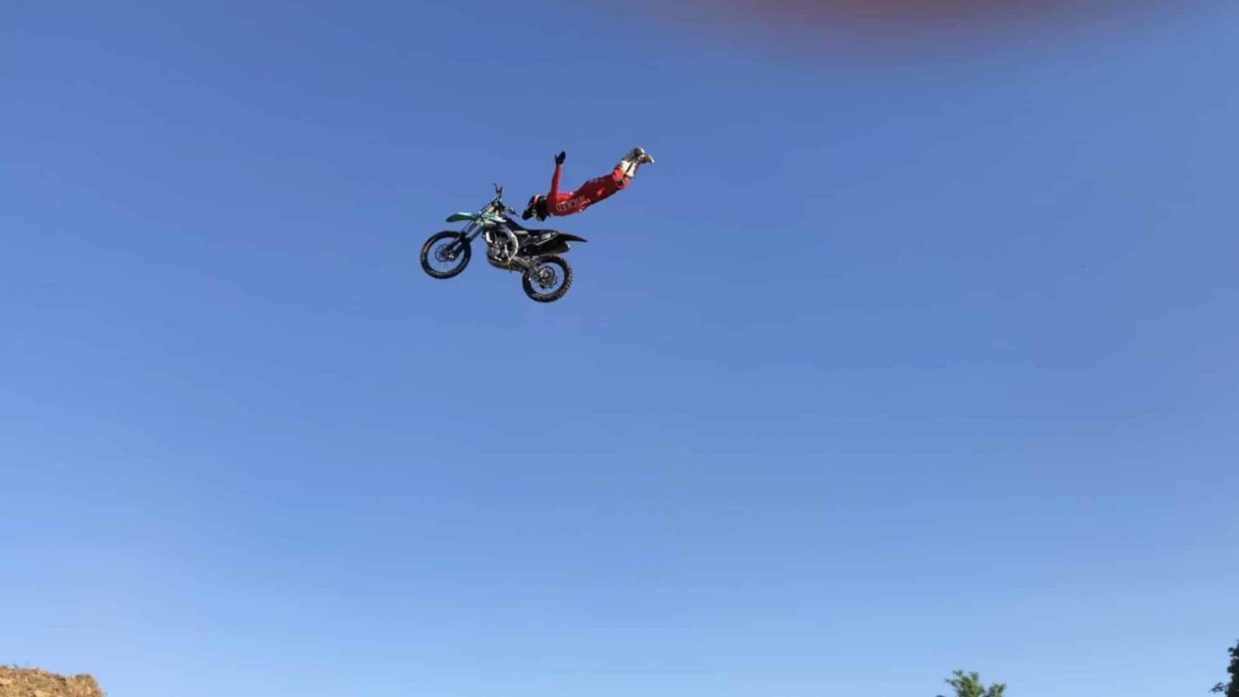 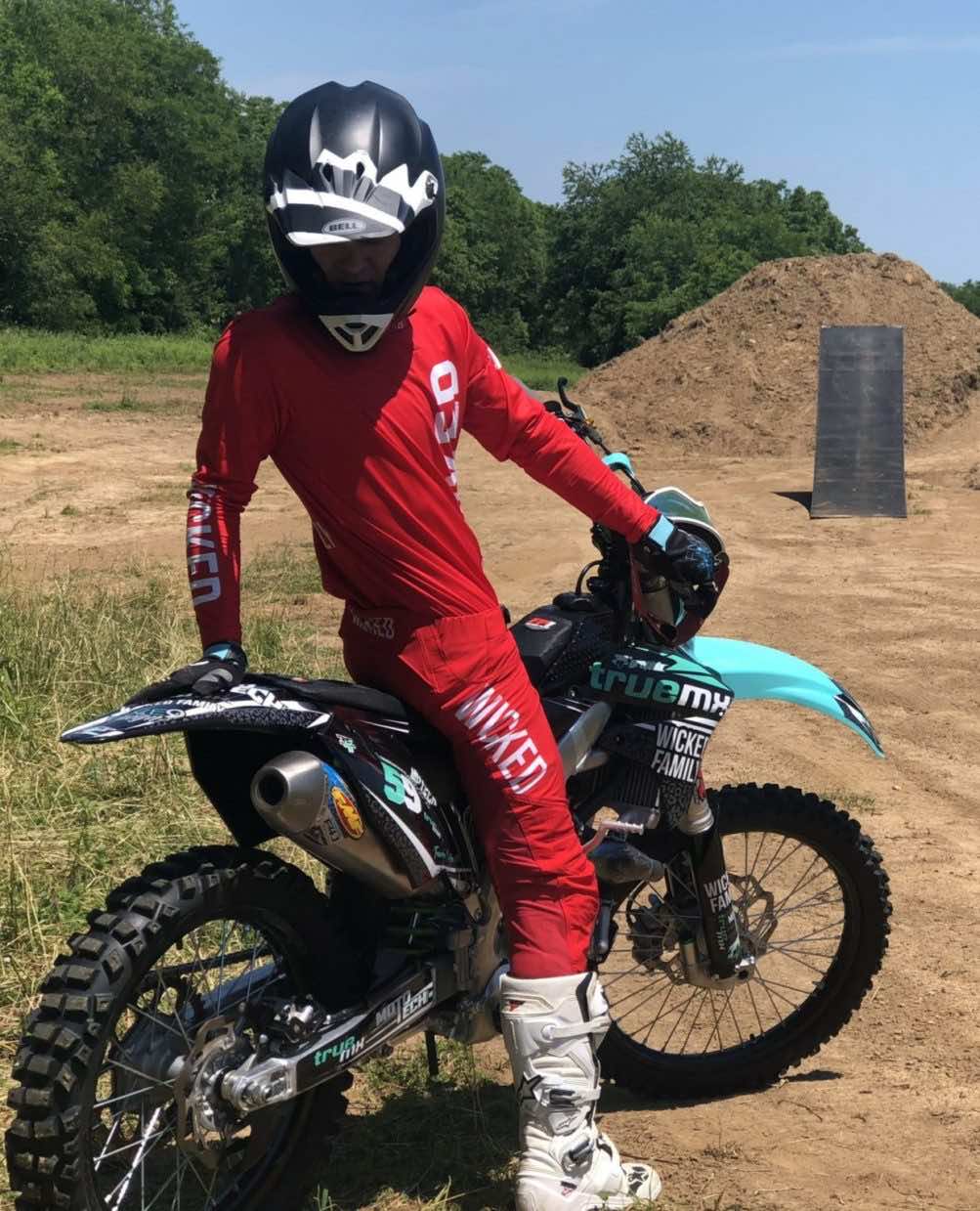 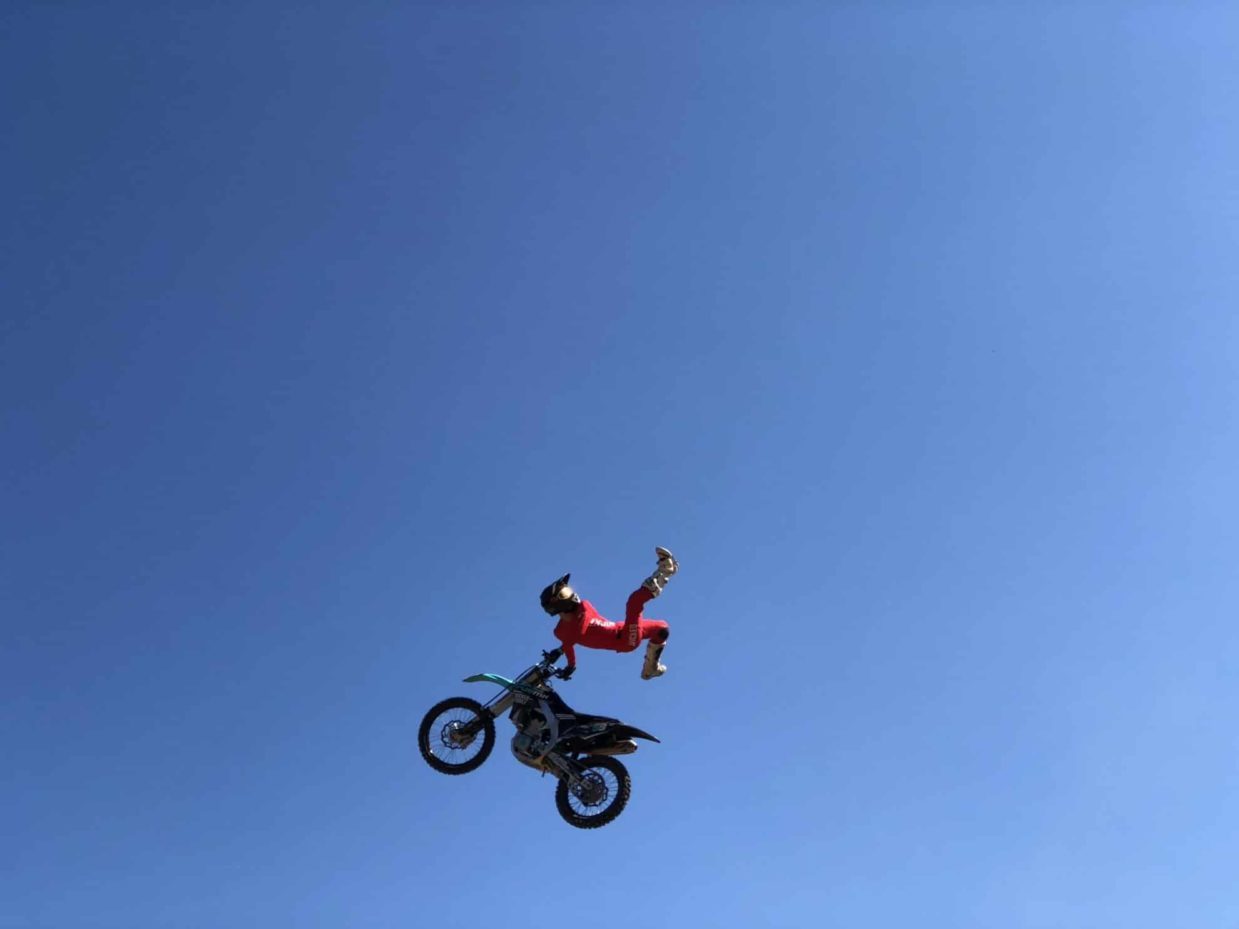 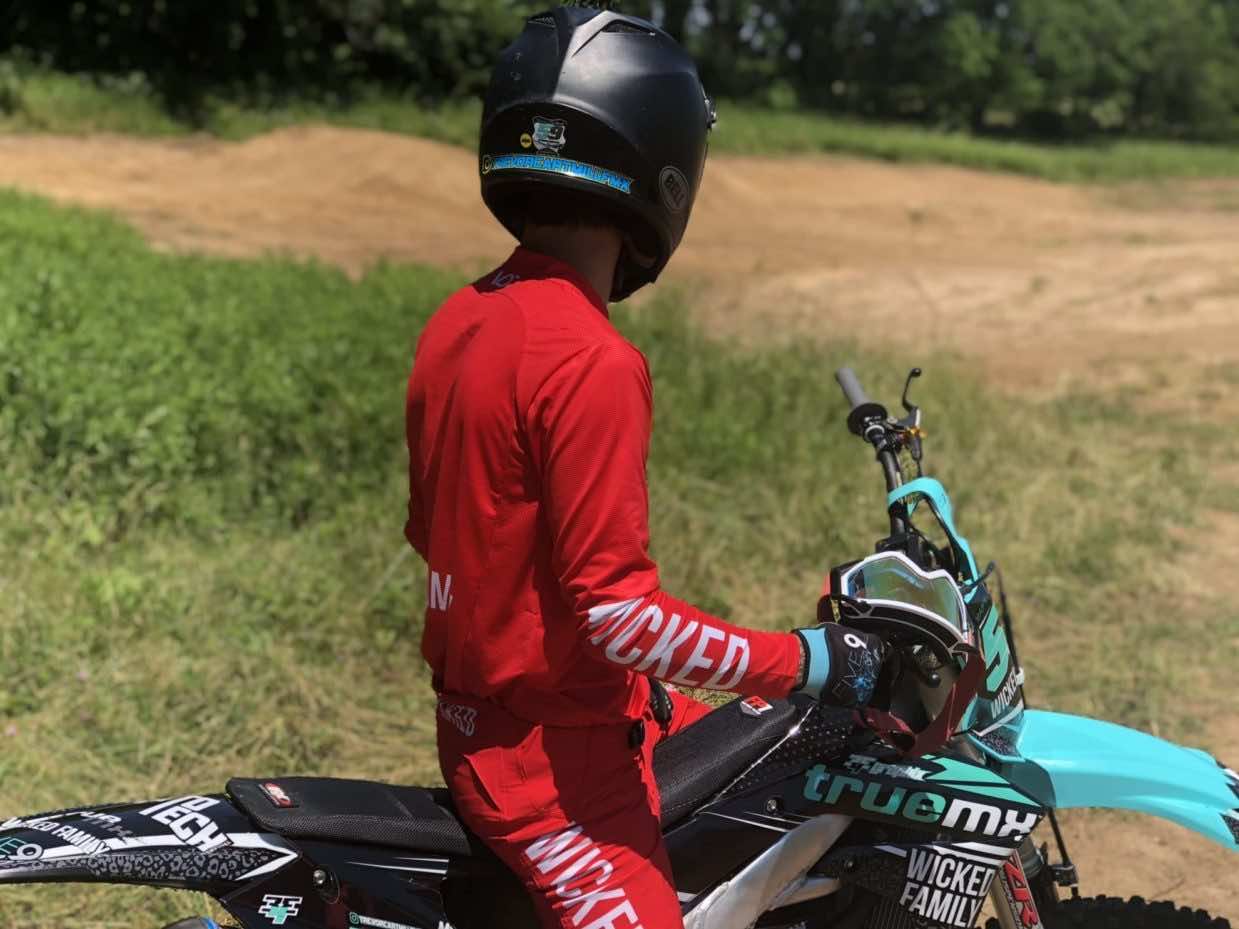 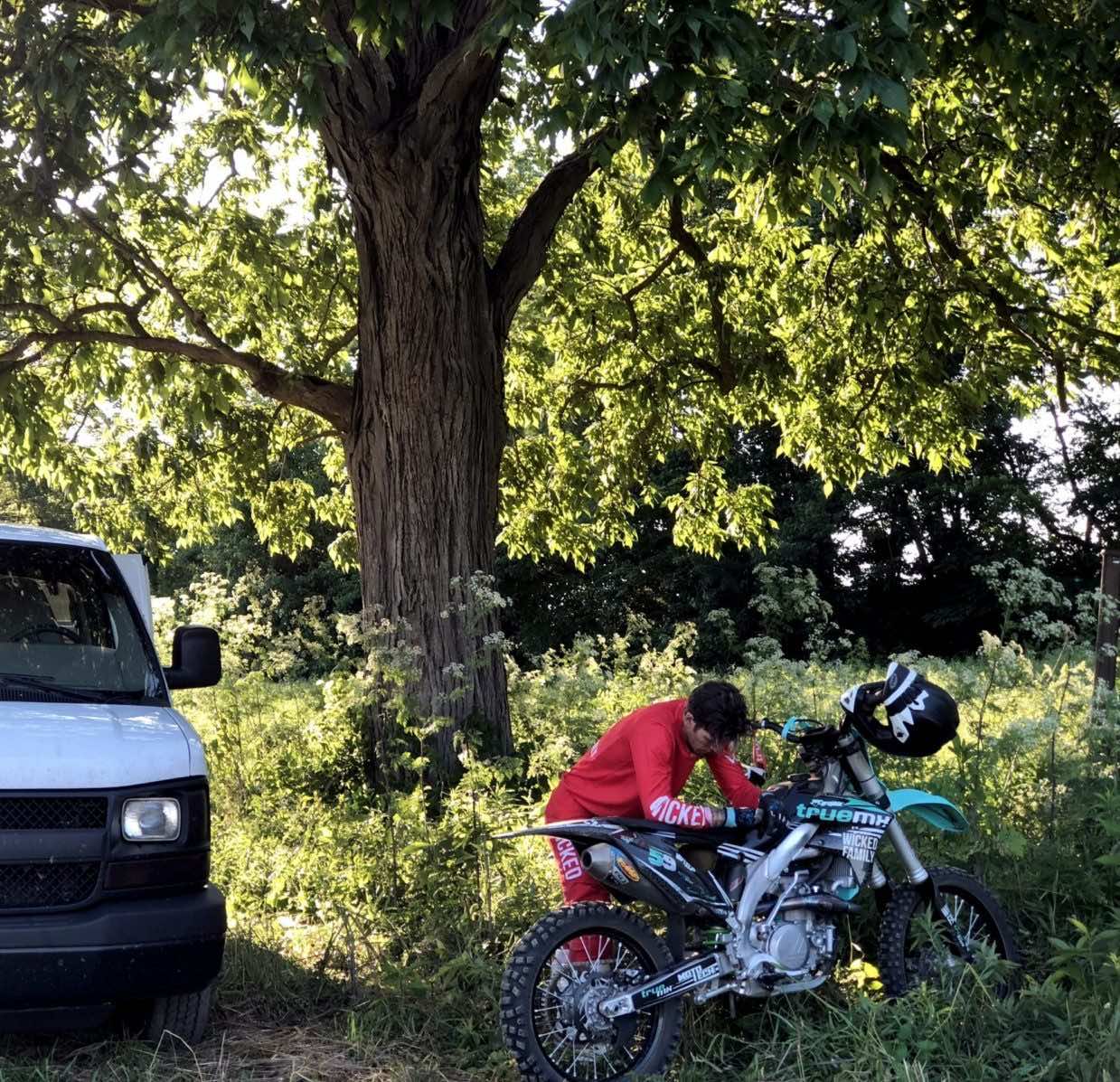